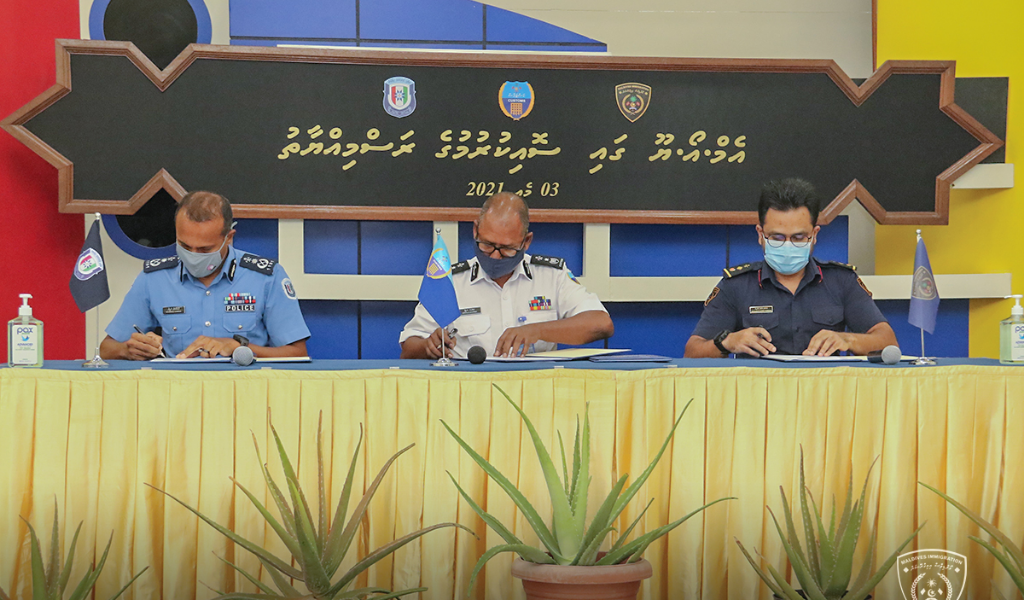 Maldives Customs Service Together with Maldives Police Service and Maldives Immigration Sign M.O.U. for the Shared Use of GTAS

In line with Maldives Customs Service’s positive efforts to maintain border security at the international gateways into the Maldives, the organization has signed a Memorandum of Understanding together with Maldives Immigration and Maldives Police Service to share information on the Global Travel Assessment System.

The GTAS is a web application for improving border security that enables government agencies to automate the identification of high-risk air travelers in advance of their intended travel. The application is managed by World Customs Organization and the U.S Customs and Border Protection to allow the assessment and analyzation of selected information in border control. The system was first successfully initiated in the Maldives in 2018 under the WCO Asia Pacific Security Project, funded by the Government of Japan.

Under the agreement, Advanced Passenger Information (API) and Passenger Name Records (PNR) will now be shared with Police and Immigration. This initiative is an advancement in the efforts of the organizations in safety and security measures at border control and will ease the process of information sharing.

The implementation of the system will help greatly in identifying and fighting international crimes such as human trafficking, money laundering, and terrorism that find their entry point at national borders. Moreover, efforts to make the international trade to the nation more convenient and safer will be made possible with stricter monitoring of the import and export of banned substances and materials to and from the Maldives. The concerned authorities will remain vigilant in enhancing similar corporations for the border security.