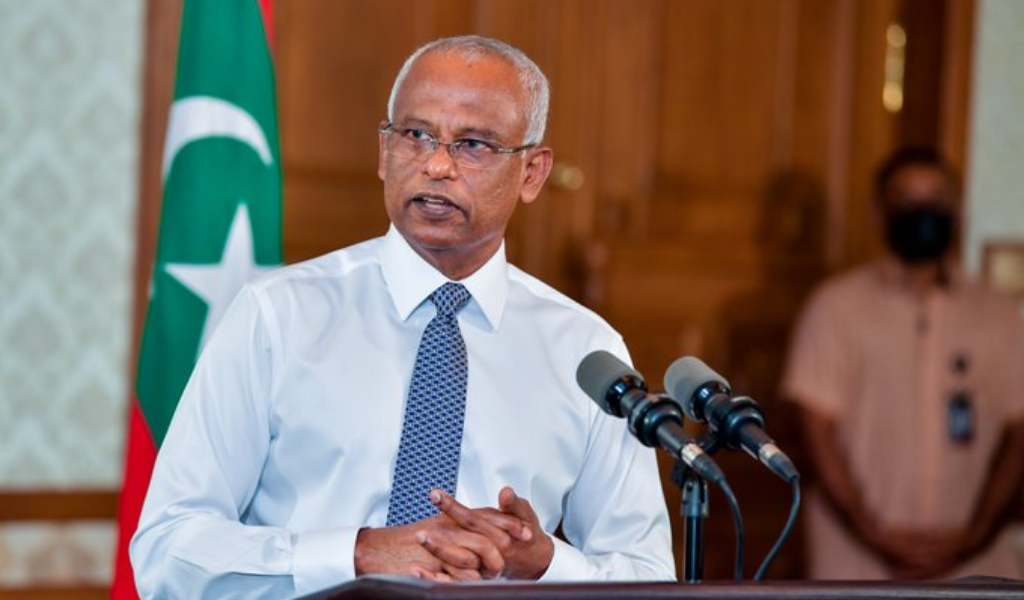 On the occasion of World Press Freedom Day, President Ibrahim Mohamed Solih delivered a statement today – extending well-wishes to all the journalists currently working in the Maldives.

During his statement, the President also took it upon himself to remind all Maldivian journalists to be conscientious in reporting news. Accordingly, he advices journalists to meticulously investigate stories, rely on credible sources and deliver wholesome news to the public.

The President notes that the scope of journalism extends beyond entertainment whereas journalists bear the responsibility to cater to the public with truths and accurate information. Thus, journalists must and are encouraged by the President to exercise their freedom with caution whilst avoiding slander and defamatory rhetoric and their most important resolve should be steering the public away from false narratives and detrimental actions.

President Solih further adds that journalism is a national service whereas journalists should carry forward with this in mind – in the spirit of bettering the nation.

Furthermore, the President touched upon the importance of press freedom a democracy – noting that as something which ensures good governance whereas in the past three years, the Maldivian media’s vigilant reporting had brought to light many issues that had assisted the administration in various ways.

Noting how oppressed the Maldivian media has been in the past, Maldives was ranked 120 on the World Press Freedom Index when he assumed Office in 2018. His administration guaranteed legislative freedoms and ensuring a conducive environment for journalists in the country following which the Maldives now has climbed up to the 72nd position in the Index.

Prior to concluding his statement, President also took a minute to recall the many sacrifices made by journalists in Maldives’ journey to democratic freedom, and remembered the journalists who lost their lives in this pursuit.