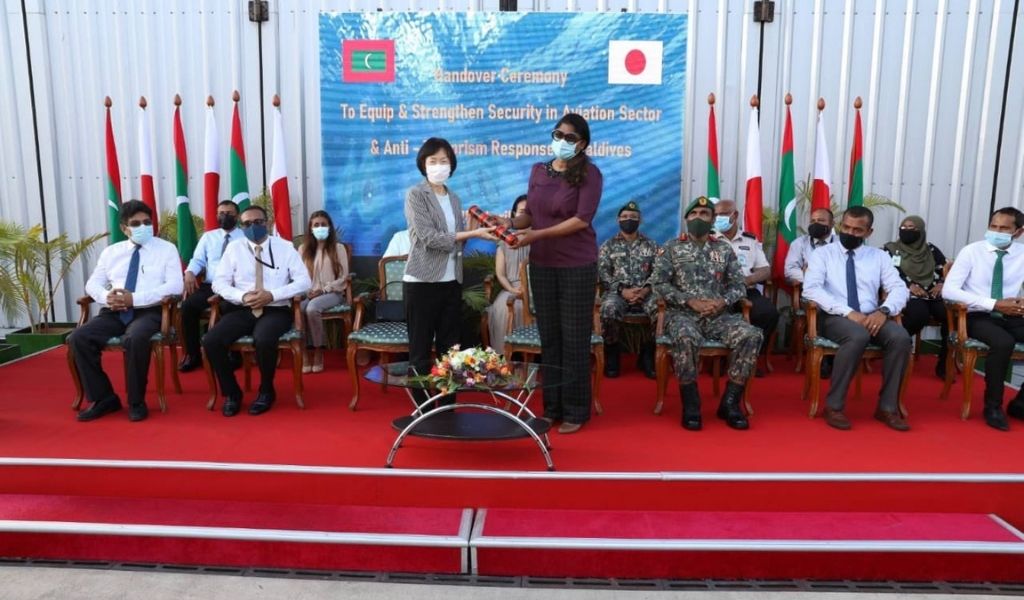 A special ceremony was held on Wednesday afternoon for the handover of anti-terrorism equipment provided under the Government of Japan’s Project of Grant Aid for the Economic and Social Development Programme. The donation was received by Minister of Defense, Uza. Mariya Didi, on behalf of the Government of Maldives.

Speaking at the ceremony, the Minister extended gratitude towards the Government and generous people of Japan and expressed her confidence that the array of equipment gifted by Japan, including heavy-duty vehicles, mobile X-ray scanners, liquid scanners and hand-held metal detectors, will go a long way in strengthening the Aviation Security Command (AVSECOM)’s capacity to screen, prevent, prepare for and respond to eventualities.

The Minister added on that in an ever-changing global security landscape, with rising air passenger statistics and movements, enhancing aviation security is a high priority of the current administration.
At a point of time where potential threats of terrorism and violent extremism seeks to tear apart Maldives’ socio-moral fabric by chewing away at the Maldivian sense of community and national identity synonymous with peace, this gift by Japan has yet again demonstrated its keen sensitivity to the problems faced by Maldivians – keeping them up at night.