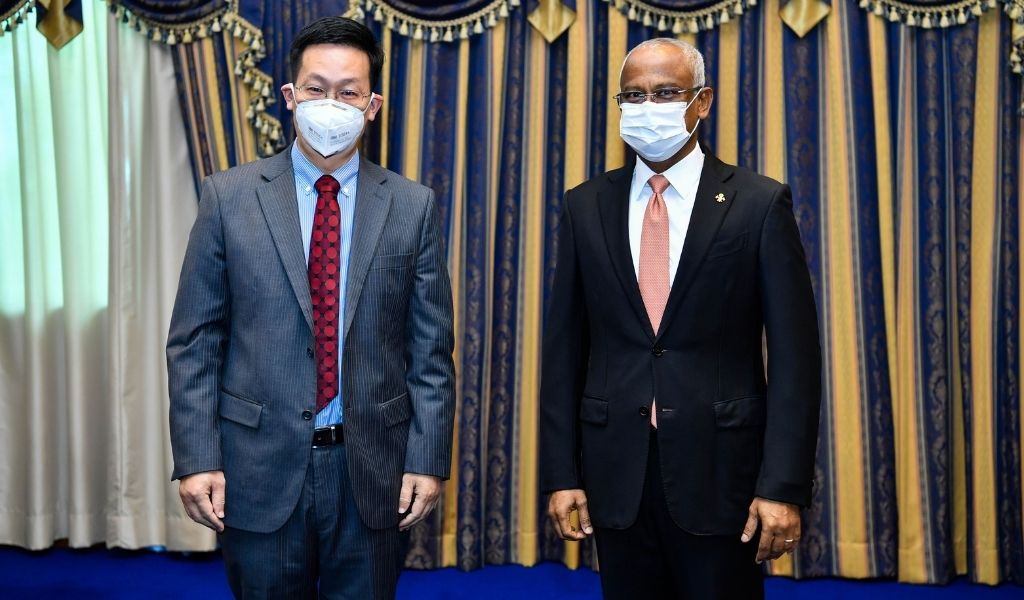 Mr. Zhang Li Zhong, the Ambassador of the People’s Republic of China to the Maldives, has paid his farewell call on President Ibrahim Mohamed Solih this morning at the President’s Office.

The President relayed greetings and good wishes to Mr. Zhang during the call and conveyed his gratitude for the continuous support and assistance rendered to the Maldives during Mr. Zhang’s tenure as the Ambassador.

He also pointed out how China has been a longstanding developmental partner to the Maldives and remains a close friend and ally, noting the generous assistance and the continued support rendered by the Ambassador as well as the Government of China to the Maldives. The President particularly praised the generous donation of 200k doses of the Sinopharm vaccine in addition to the other medical equipment to assist Maldives in its nationwide vaccine rollout.

In addition to this, the President and Ambassador discussed the several in which the Maldives and China presently cooperate: in socioeconomic development, tourism, health, trade and investments, among a multitude of other bilateral and multilateral engagements.

In concluding the call, Mr. Zhang expressed that it has been his pleasure to serve the Chinese government as their chosen representative to the Maldives and the President wished the Ambassador the best in all his future endeavors.