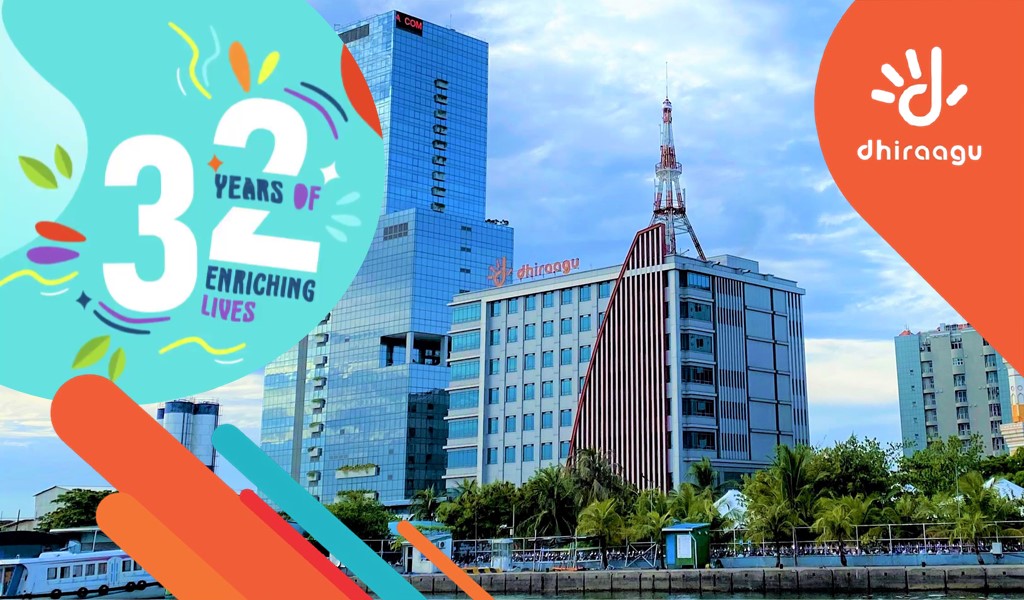 Today, local telecom giant, Dhiraagu marks its 32nd Anniversary. Dhiraagu commenced operations as a telecommunication services provider, in 1st October 1988. They are the first telecommunications company incorporated and registered in Maldives, but not the first to provide the same service.  The term ‘Dhiraagu’ is an abbreviation of the Dhivehi term ‘Dhivehi Raajjeygé Gulhun’ roughly meaning link among Maldives in English.

Dhiraagu is a result of the joint venture between the Maldivian government and Cable & Wireless, a foreign telecommunication service provider existing in Maldives at that time. Later Dhiraagu was transformed into a public company in which Batelco, the principal telecommunications company in Bahrain, holds the majority sharse of the Company by 52%. Government of Maldives holds 41.8% shares of whereas the general public owns 6.2% of shares in the Company. In 2017, Dhiraagu underwent extensive rebranding and had introduced a new logo as well.