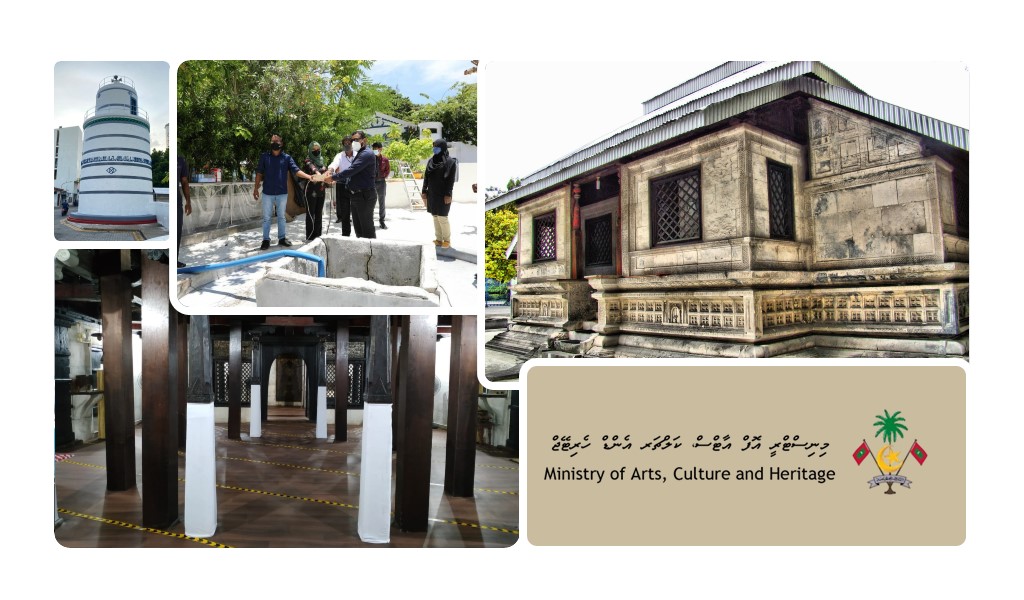 While marking the Islamic World Heritage Day on 25th September, Ministry of Arts, Culture and Heritage had announced that they were looking forward to re-open the Male’ Friday mosque which has been closed for renovation for almost a year. Just a week later, the Ministry had shared on twitter that the mosque will be available for use subsequent to the completion of the mosque’s renovation work starting from Asr prayer on 1st October 2020.

The Ministry had detailed that they had replaced old carpets of the mosque with quality and long-lasting novilon vinyl flooring and has also added that pesticide treatment had been carried out in the mosque to eliminate termite infestation. Although the mosque is now opened to devotees, the Ministry advices everyone going to the mosque to offer their prayers to thoroughly follow the guidelines set out by Ministry of Islamic Affairs on praying in jamaa’at, for safety of all devotees. Some key recommendations in the guideline are wearing a mask, carrying own prayer mat to the mosque, performing wudu from home, keeping adequate distance between persons while entering and exiting the mosque as well as during the time spent inside of the mosque and to not wait in the mosque after completion of Salaah.


(Photo:Ministry of Arts, Culture and Heritage)

Male’ Hukuru Miskiy, often commonly referred by its English translation, Male’ Friday Mosque and its surrounding compound, is not just recognized nationwide as one of the finest and oldest coral stone monument, but, is also recognized as no parallel to elsewhere in the world. The mosque was built in 1658.