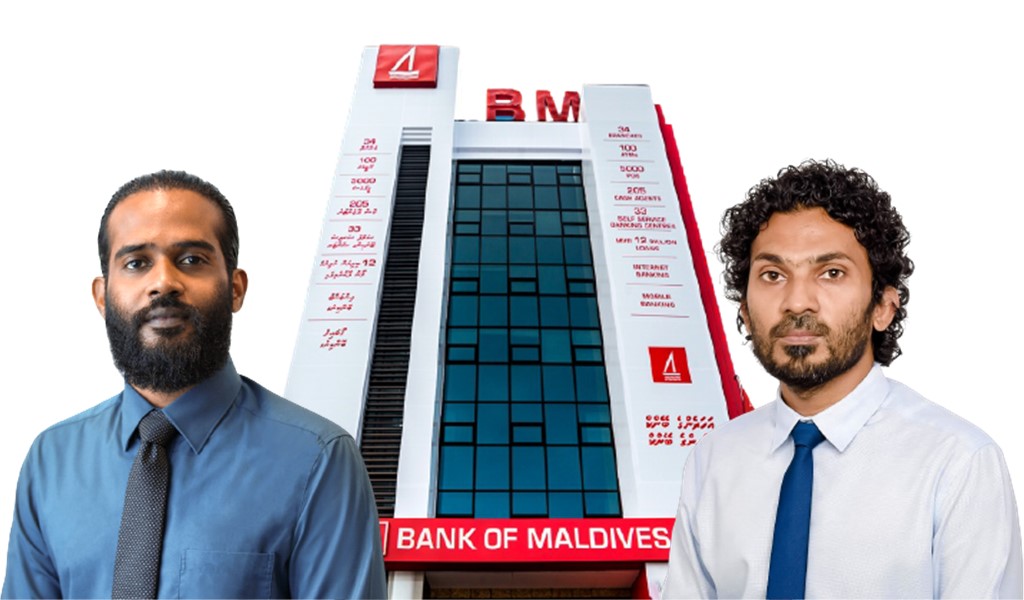 Bank of Maldives Plc (BML) is the largest local bank operating in Maldives and takes exceptional pride in the fact that 99% of its employees consists of proud locals. Via a press release today, the Bank has communicated the appointment of new Directors for Retail and SME Banking and Corporate Banking, and not to surprise, they are skilled locals in the field.

Mr. Moosa Nimal was appointed as the Bank’s Director of Retail and SME Banking. He has been an employee of the bank since 2003. Throughout his employment period, Mr. Nimal, has held various positions in branch operations, customer services as well as in international banking and retail banking of BML. As a result, he is well-versed in multiple areas of banking. He was working as Head of Retail Banking prior to his appointment as Director of Retail and SME banking. Apart from this, Mr. Nimal has undertaken key-roles in a number of notable projects and change initiatives.

CEO and Managing Director of BML, Mr. Tim Sawyer has delightedly welcomed Mr. Nimal and Mr. Aseef as part of the Bank’s executive team. He recognizes and applauds the skills and expertise demonstrated by both the locals in the field.

We congratulate Mr. Moosa Nimal and Mr. Ahmed Aseef on their appointment and wish them well in their endeavors as members of the Bank’s executive team.