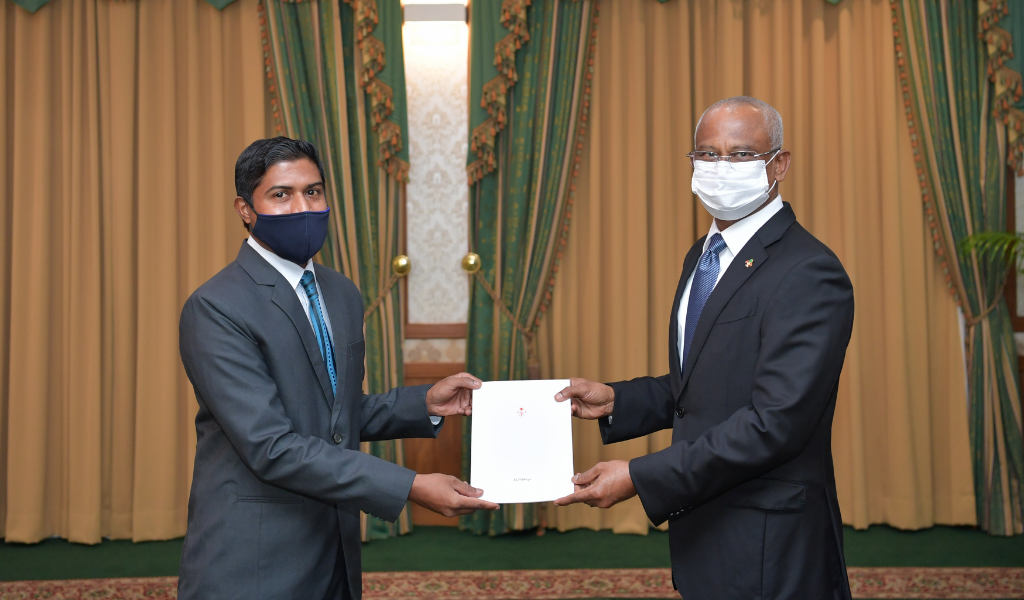 Dr. Mohamed Zahir Sworn In As A Member Of The Elections Commission

Dr. Mohamed Zahir has been appointed as a member of the Elections Commission (EC) by the President Ibrahim Mohamed Solih. He was presented his letter of appointment during a ceremony held at the President’s Office on Sunday morning, following which he took his oath of office, administered by Uz. Hathif Hilmee, the Chief Justice of the High Court.

This appointment was made following the resignation of the former Vice Chairman and Spokesperson of Elections Commission, Mr. Ahmed Akram, who resigned in face of a no-confidence vote last year. The newly appointed member secured the backing of the Parliament for his position with the vote of 37 parliamentarians last week.

The Elections Commission (EC) of Maldives was established on 7 August 2008 as an independent and impartial institution to conduct and supervise all state elections and public referendums as well as to monitor the regulatory framework pertaining to the functioning of political parties. Under the Elections Commission Act (2008) 5 members are appointed by the president for a 5-year term with approval by People’s Majlis.