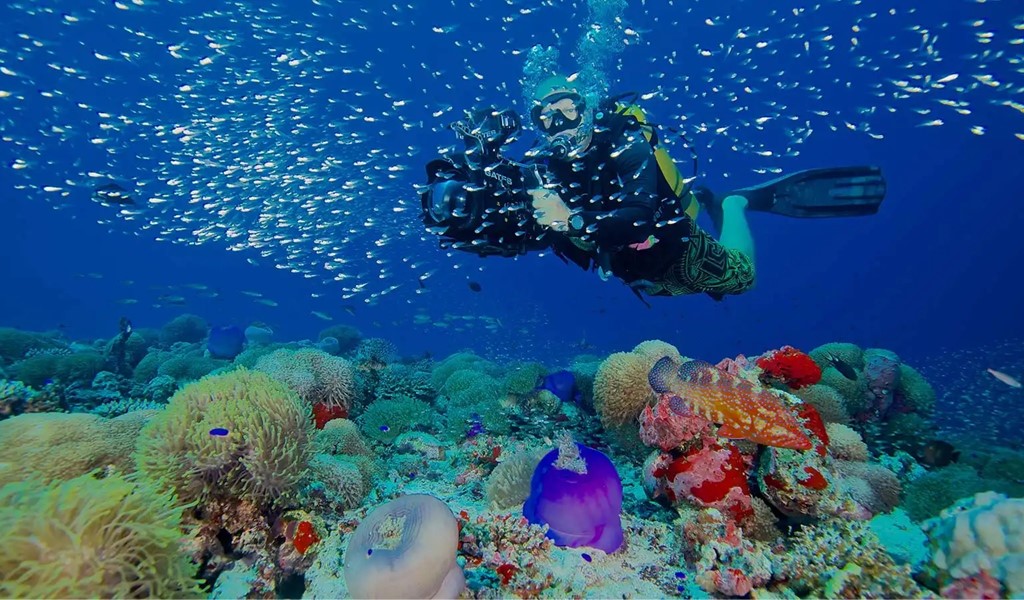 During an online meeting held yesterday, a paper was submitted before the President Ibrahim Mohamed Solih, by the Minister of Environment, his excellency, Dr. Hussain Rasheed Hassan, recommending declaration of protected statuses for five sites in Faadhippolhu Atoll. The grounds for the recommendation was detailed by the Minister in reference to findings in research reports generated by experts and knowledgeable persons in the environmental field which being; fishermen and farmers working in the area having first-hand experience of the delicate nature of the sites and also by investigative work carried out by non-governmental associations and experts of the areas.

It was further highlighted that consultations were held between relevant ministries, authorities and other concerned parties prior to presenting the matter before the President.

The Minister had recommended to declare protection statuses to Maagadhu (Anemone)Thila; Dhiffushi-Maadhoo, the northernmost island of the Atoll; Sellhifuhshi Island wetlands area; Maakoa Island; Vavvaru Island and Dhandifalhu Island reef and lagoon; Dhandifalhu Island sandbank; and Dhashugiri Island sandbank, which was subsequently granted by the President, under Section 4 of the Environmental Protection and Preservation Act of Maldives (Act No: 4/93).

All development work carried out in Faadhippolhu Atoll hereon will be done so without affecting these sites which will be beneficial in the long-term for the market of eco-tourism.

Under the strategic plan of the current administration; they plan to designate at least one island, one reef and one mangrove, in each atoll as protected areas.