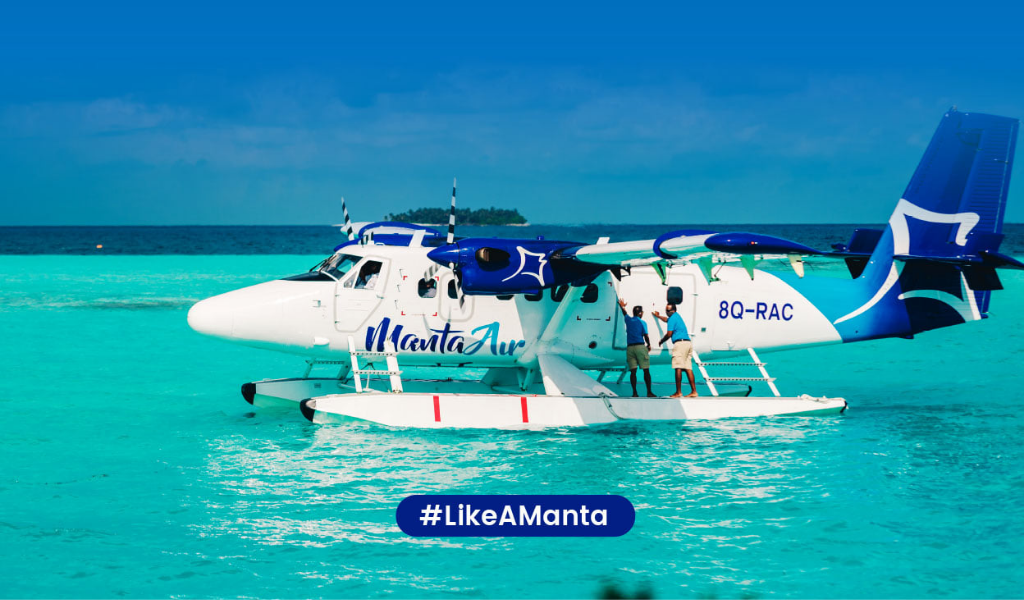 Manta Air is a Maldivian domestic airline based in the island nation which received its the Air Operator's Certificate on 21st February 2019 and officially started its (land-based aircraft) operations on 24th February 2019. They began float-plane (sea-plane) operations on 17th November 2019. Manta Air may be a start-up airline but it is a start up with a big difference – definitely what we could call a game changer.

Not only do they offer their passengers a premium service, they are also the pioneer of the first scheduled seaplane services in Maldives. The airline is committed to catering seamless, reliable and hospitable services on-board and is titled as the first five-star local airline.

Manta Air’s fleet comprises of 3 ATR 72-600s and 7 De Havilland Canada DHC-6-300 Twin Otters.
Just a few days back, a Manta Air seaplane crashed while landing at Velana International Airport’s eastern water aerodrome. Fortunately, no casualties were reported and the aircraft recovery works were in progress at that time.