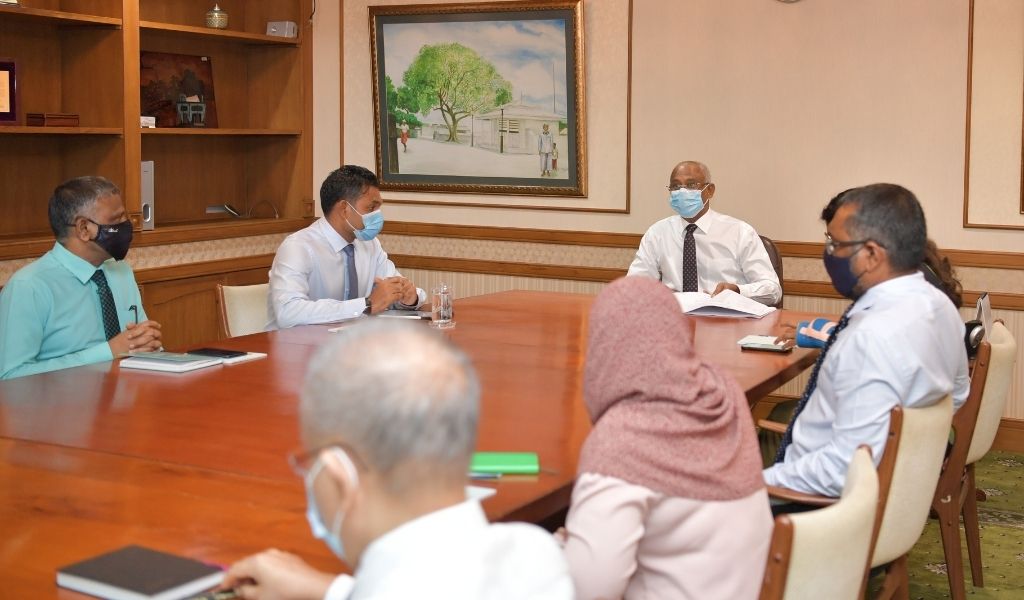 During his address to the nation in this year’s inaugural session of the Parliament, President Ibrahim Mohamed Solih discussed his administration’s visions and plans to rehabilitate youth who have fallen victim to substance abuse.

On this accord, he cited the Youth Skill Development Centre Project as one that will crucially contribute to it. The Centre is set to be developed with an aim to rehabilitate and reintegrate victims of substance abuse back into society through a series of holistic treatment methods. Also in line with the Government’s Youth Rehabilitation Action Plan, in addition to medication, education and skills training opportunities will be facilitated to those committed to the Centre.

On Wednesday morning, the President held discussions with relevant authorities regarding the proposed project at the President’s Office. He strongly urged to commence the construction phase at the earliest. Apart from this, programmes to be conducted in the Centre to financial details and associated government agencies were also discussed in this session along with other relevant and pressing topics.