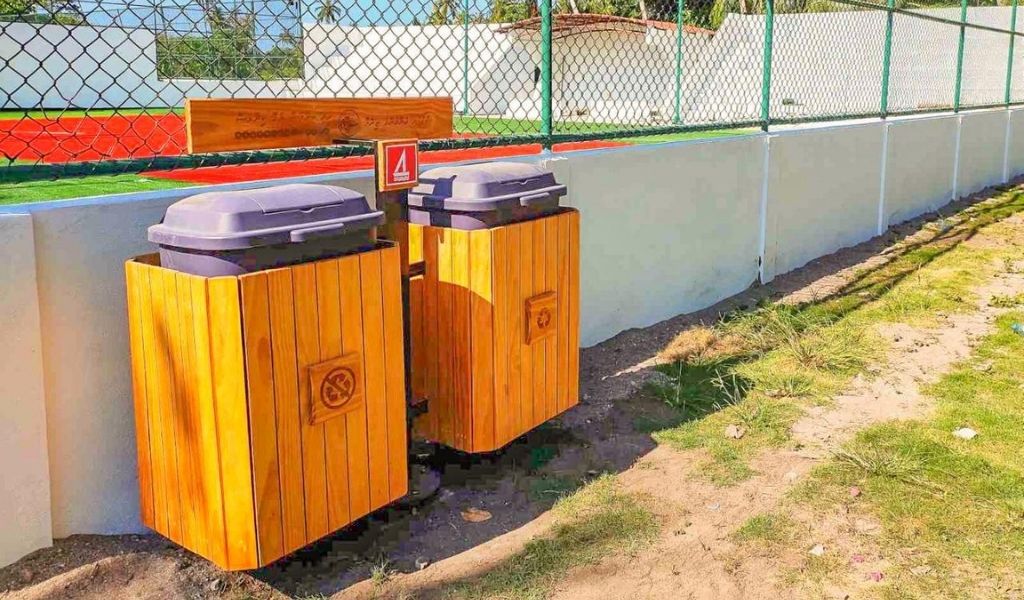 The largest local bank operating in the country, Bank of Maldives (Plc), instigated its nationwide campaign ‘Aharenge Bank Community Fund’, as a prominent part of its Corporate Social Responsibility. The campaign is aimed to empower local individuals and non-governmental organizations to contribute to their communities by way of sustainable projects. As part of this project, the bank provides funding for proposals presenting ideas of community-based projects All winning proposals are granted MVR 50,000 to transform their ideas into reality.

A winning proposal in this regard was submitted by a resident of Kinolhas in Raa Atoll, Mr. Wafir Ahmed who visions to establish a well-rounded waste management system in the island which allows to sort, collect and clear waste generated in public spaces which the Bank has announced the completion of, today.

Prior to this, at Kinolhas in Raa Atoll, the island council managed household waste on a daily basis. However, managing the waste generated in public spaces was often challenging consequent to the lack of recycling bins in public spaces and the lack of a proper system for sorting waste.

With financial assistance from the Bank, dustbins have been placed in the harbor area and main public spaces with a proper way to sort and manage the waste. Mr. Wafir extends his gratitude to everyone who played an important role to assist the completion of the project and also the Bank for facilitating the opportunity. He also notes that he hopes the islanders of Kinolhas support to keep the island and contribution to the vision: ‘Reethi Kinolhas, Magey Kinolhas’

At present, the Bank is accepting proposals under the first quarter of the campaign for this year. The deadline is set to 6th March.