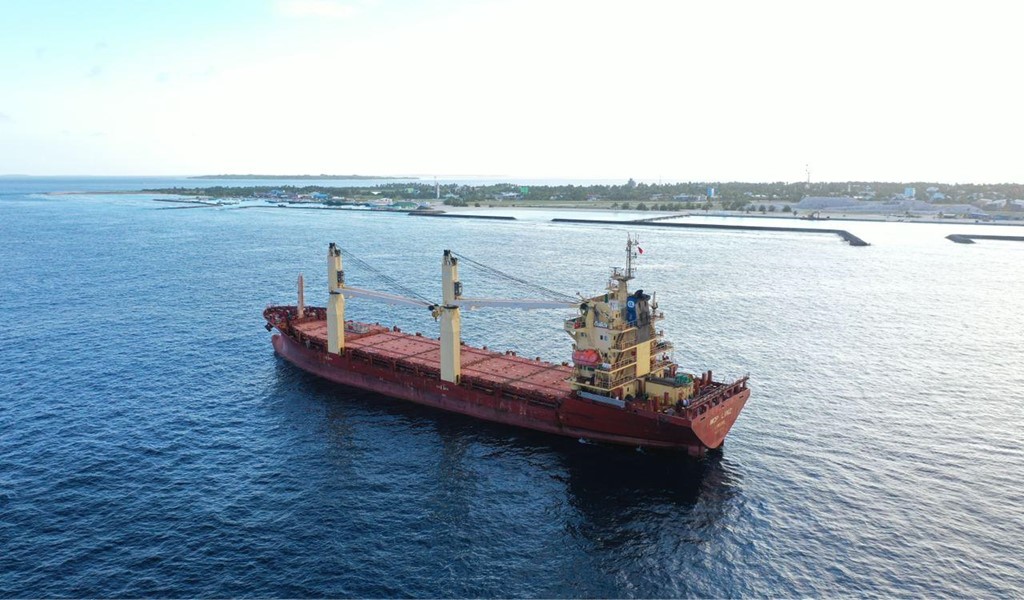 Direct cargo ferry services between Maldives-India officially commenced on 21st September 2020. MCP Linz, the cargo ferry in use for the service began its maiden voyage on the same day from Kochi (Cochin) to Maldivian northern island, Kulhudhuffushi. The vessel arrived to Kulhudhuffushi earlier this morning.

A ceremony was held today at the Ministry of Foreign Affairs to welcome the vessel MCP Linz at its first port of call in the Maldives, which was attended by Minister of Foreign Affairs Abdulla Shahid, High Commissioner of India to the Maldives Sunjay Sudhir, Members of Parliament for Kulhudhufushi Constituency Yasir Abdul Latheef, and Jamsheed Mohamed, joined the ceremony.

The launch of the direct cargo ferry between the Maldives-India is expected to improve bilateral trade between the countries, political and economic relationship as well as people-to-people connections. The Maldivian Government and the Indian Government hopes that the newly created link would aid both the countries to revitalize their economies that have been deeply impacted by the coronavirus pandemic.

MCP Linz, has the capacity of 200 TEU and 3000 MT of break bulk cargo. The ferry services will be operated jointly by Shipping Corporation of India (SCI) and Maldives State Shipping (MSS) and will run twice a month, which primarily travels between the Maldivian northern island, kulhudhuffushi and Kochi (Cochin), a major port city in the south-west coast of India.
References: