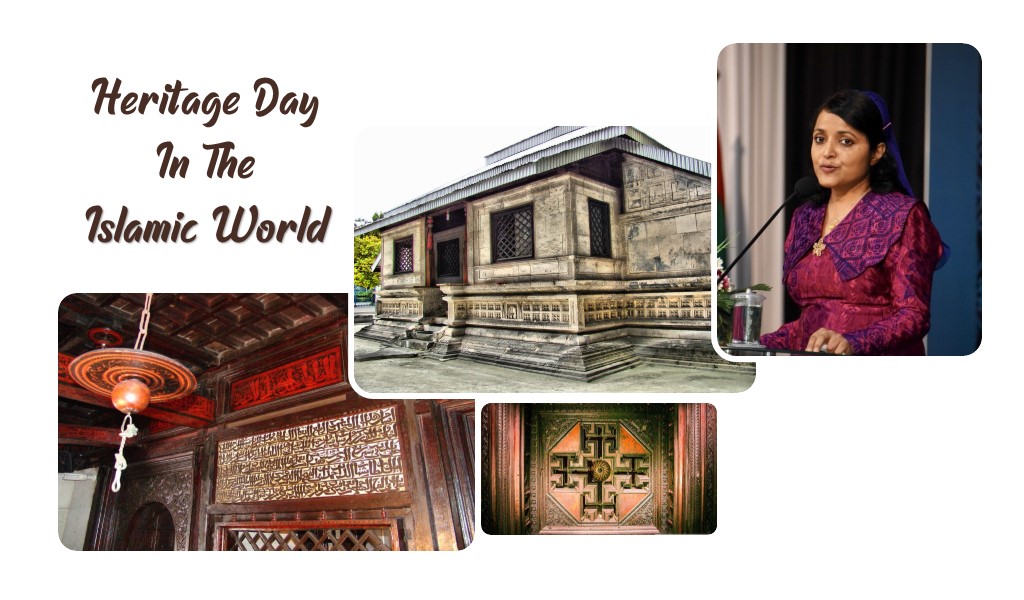 The Islamic World Educational, Scientific and Cultural Organization (ISECSO) proposed to mark a day as Islamic World Heritage Day and during the 11th Islamic Conference of Culture Minister held in Tunis last December, in which it was concurrently approved. Islamic World Heritage Day was set to be celebrated annually on every 25th September, this year being the first of such a day. The grounds for the celebration of the day surrounds; creating an occasions to consolidate the importance of human heritage by their nations’ memories; to showcase the large the richness and diversity of the cultural heritage of the Islamic world countries; highlighting the remarkable efforts exerted to maintain and preserve this pieces of heritage.

This year, however, due the outbreak of COVID-19 led to the unfortunate closure most heritage sites, historic landmarks, and museums for an indefinite time period.

Maldives has a long history of local traditions combining Islamic Art and Calligraphy as ornamentations in our architecture. During that time, Islamic Art and Calligraphy was also commonly used in literature. We especially take pride in our mosques constructed decades ago. Throughout our archipelago, builders using just coral stones and timber, fused with ornate sculptural work and decorative calligraphy. Such examples consist of Male’ Hukuru Miskiy referred in English as Male’ Friday Mosque, Male’ Eid Mosque, etc. The architectural work of a number of mosques in Maldives are so unique that they have been added to a tentative list by the United Nations Educational, Scientific and Cultural Organization, as parallel to no other.