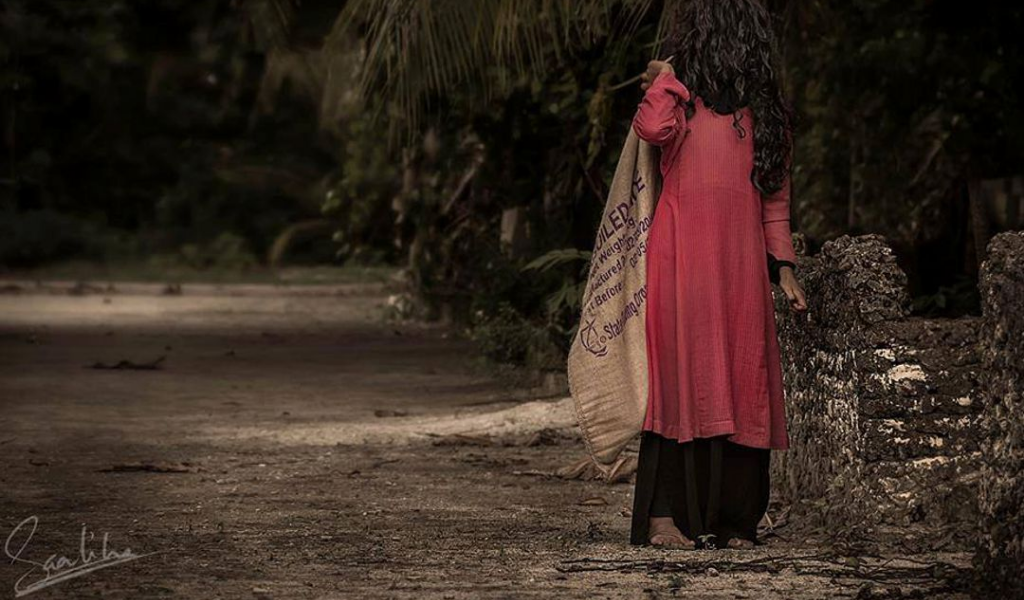 Exploring Some of the Decades Old Folktales of an Island Nation

Folktales are stories in the oral tradition that is preserved by the people of the culture, consisting of traditions belonging to a specific culture. These traditions usually include music, stories, history, legends, and myths. It allows people to give meaning to their lives and their surroundings. Every human society has its own folktales; these well-known stories, handed down between generations, are an important way of passing along knowledge, information, and history.

Maldives, an island nation which lies in the warm equatorial area of the Indian Ocean surrounded by very deep waters that is steeped in telltales of myths, mysteries and legend. This article will explore some of the most popular folktales which has survived through decades.

Photo: The Folk Tales of Maldives by Xavier Romero-Frias

Hassan Thakuru, who was master boat builder once left his island and travelled to a distant island for work. While he was away, his beloved wife, Aiminabi, went to get water from the well close to the graveyard by the mosque, at sundown. As she turned to go home with the full pot she was confronted with a sight which instantly chilled her blood. A monster wrapped in his own umbilical cord, bathing with mud and sand scooped up with a human skill. Unknowingly, she drops her pot in shock and the monster realized he has been seen.

That night, Foolhudhigu Handi circles her hut, shaking it, demanding to know if she saw him. His voice is terrifying. Aiminabi lies, and says no and that she does not know what he is talking about. The following night, he is back again to terrorize her, but she maintains her stands. Just before the third night, Hassan Thakuru returns from his trip. Together, they hatch up a plan to end the monster. When Foolhudhigu Handi comes to the hut that night, Aiminabi admits to seeing him bathing in mud and sand scooped up in a human skull. Consequently, its enraged and starts poking the umbilical cord in through a hole. Hassan Thakuru grabs it and pulls until the base appears. He cuts its off with a hatchet and Aiminabi smears the wound with chili paste. The monster who runs off screaming in pain is never seen again.

Photo: The Folk Tales of Maldives by Xavier Romero-Frias

Every tenth night of the month of Safar (the second month of the Hijri calendar) Safaru Kaiydha comes onto the island with her seven daughters. One of them has an eye missing. On this night, all the flat grinding stones with its round stones and dippers for water into wells must be hidden from the sunset to the sunrise with all the wells being covered as it was believed that if not done so, Safaru Kaiydha will bathe her children from wells and will prepare spices on the flat grinding stones for her family.

A mother explained to her daughter once, “When I was a small child like you, we went to sleep on this day without hiding them. That night Safaru Kaiydha came. She grounded medicine for her daughters on the grinding stone and used the water dipper to bathe them at the well. So, the whole night we heard the sound of water being pulled out of the well. At dawn, when she left, we went outside. There was a lot of filth around the well from the daughters’ bodies, for she washes her daughters only once a year. When we cleaned up the mess, under the mud we found a gold necklace. We could hardly make it out through the thick layer of grime covering it. My aunt took it and kept it hidden in the house. The following year, when she returned, she demanded back the necklace which apparently belonged to her daughter. Angrily, his terrible woman beat, kicked, and savagely shook the house. Finally, she broke the door forcefully, thrust her hand through it, gouged out my aunt’s eye, and left happily.”

This is a story from when Maldives was a Buddhist nation. A notorious sea monster by the name ‘Rannamaari’ haunted the people of the Maldives. To please it, on the last day of every month, a virgin girl had to be sacrificed. Otherwise, it was believed that this monster would go rampage. Thus, a lot is drawn amongst the girls in the community by the authority of the King every month. The unfortunate ones who get picked will be sent off to spend the night in a temple to await her demise. The monster is said to come overnight and the girl will always be found dead in the morning.

A Muslim merchant, someone who had memorized the entire Holy Quran and a well-known exorcist, passing through the country at that time heard of the situation. On the last day of that month, he took the place of the girl as he believed that the sea monster to be a Djinn trying to lead people astray. Upon his arrival to the temple, he started reciting versus of the Holy Quran in order to ‘purify’ the place. The ‘sea monster’ who arrived in all its glory was no match the powerful versus of Holy Quran which as a result led to its caption. Apparently, then this monster shrunk to the size of an ant and afterwards was put and sealed in a bottle which could never be opened again, and was thrown into the vast ocean.