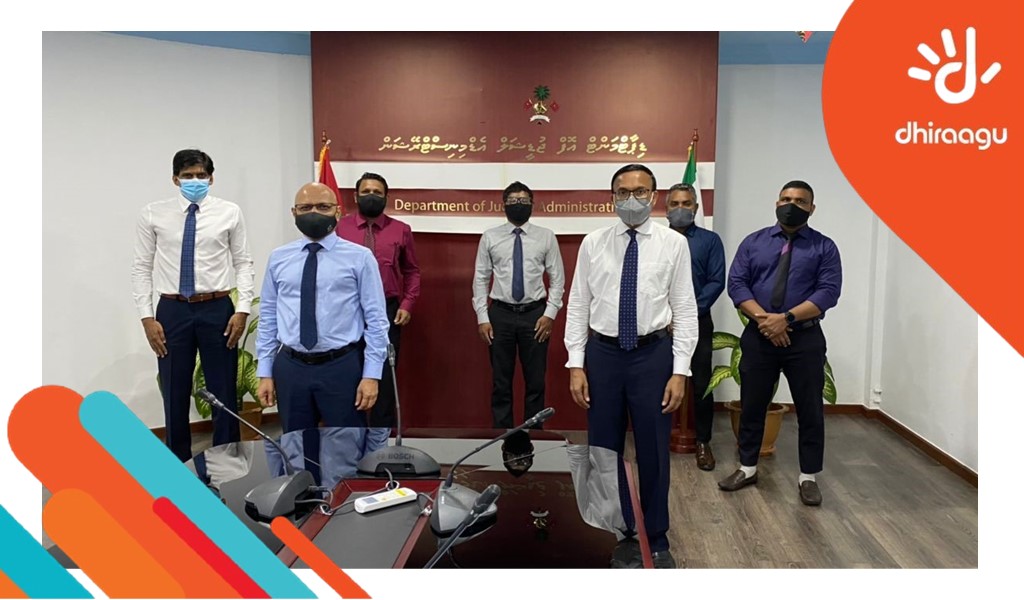 Completion of ‘Network Enhancement Project’ of the Maldivian Courts by Dhiraagu

In 2016, Department of Judicial Administration (DJA) contracted Dhiraagu to assist them in their endeavors to develop the judiciary in pre-eminent manner by making the best use of modern technology in a compatible way to the industry under the project name ‘Judiciary Network Enhancing Project’. In order to achieve the mutual goals, it was agreed under the contract that Dhiraagu would generate solutions with respect to an integrated communication network and unified communication enhancement between DJA and all the Courts, which would have the honor of being the biggest wide area network (WAN) in the Maldives, yet.

The work under the project was divided to two phases. By the collaborated effort of both the parties, a majority of islands have been interlinked by an integrated communication network. Dhiraagu also had further developed a solution for the unified communication enhancement of the existing Magistrate Courts.

It is confirmed that Dhiraagu has managed to establish a high speed link between the courts and the departments where intranet, internet and cloud voice services are available to use.