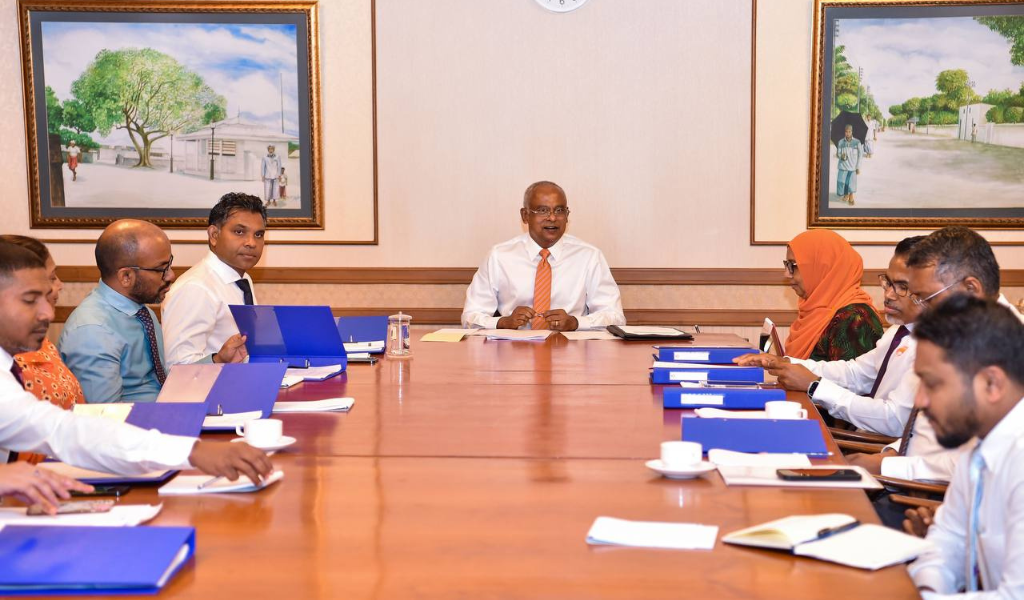 On Sunday, President Ibrahim Mohamed Solih held the first meeting of the National Steering Committee of the Gender Equality Action Plan (GEAP) 2022-2026. The GEAP was adopted by the cabinet of the Maldives and the steering committee constituted on February 22th, 2022. The meeting took place at the President’s Office. The steering committee was founded with the objective of providing oversight, guidance and direction and ascertaining implementation of the GEAP as drawn up under the Gender Equality Act (Law No. 18/2016). The committee is chaired by the President himself.

During the first meeting of the steering committee, the President inquired about the progress of the implementation of GEAP since its adoption. On this note, the Minister of Gender, Family and Social Services briefed the committee members on the ongoing efforts and highlighted that GEAP awareness sessions have been conducted in numerous government offices and institutions so far.

The Maldivian Gender Equality Index will assess and analyze the gender parity levels in different government bodies. The GEAP also stipulates that all government bodies must implement gender equality standards aligning with the international treaties the Maldives follows, the Constitution and the laws and regulations of the country. In this regard, the committee also introduced the ‘MGEM Certification’ to recognize and acknowledge the strides made in promoting gender equality at government offices and institutions.

In addition to this, the committee spoke about its activities for the coming year and approved plans and actions designed for the next year. These activities and actions will be implemented across 84 government offices and institutions. The GEAP aspires to ensure gender equality by delivering equal opportunities for women to participate in all state and national-level engagements and promoting the economic empowerment of women. Moreover, it also strives to ensure equality between genders in leadership, justice and social well-being as well.