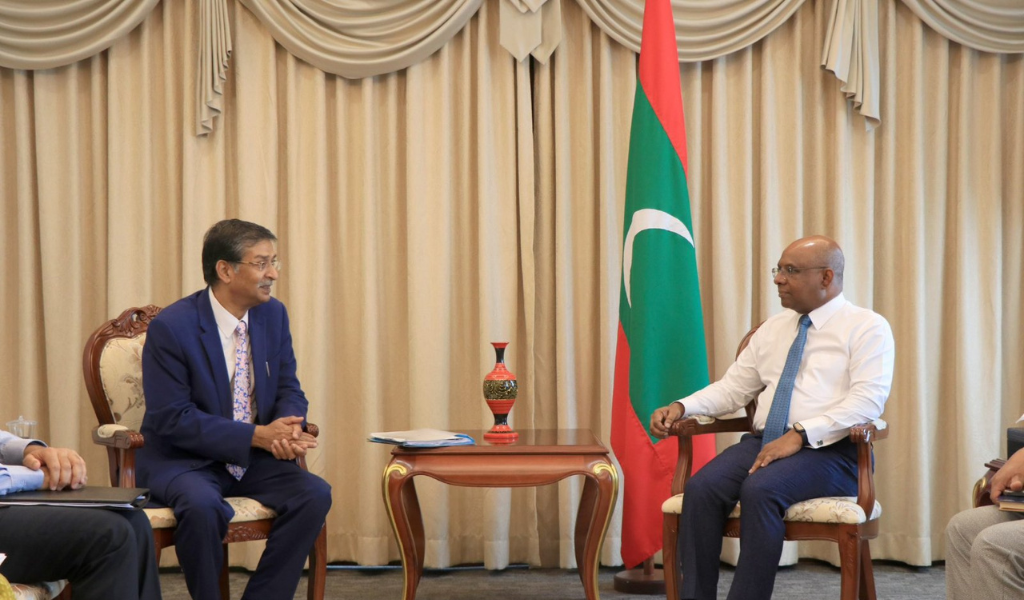 On Sunday, the Director General of the National Centre for Good Governance (NCGG) of India, Mr. Bharat Lal paid a courtesy call to the Minister of Foreign Affairs of the Maldives, Abdulla Shahid.

During the meeting, the Foreign Minister welcomed the NCGG Director General to the Maldives and emphasized the strong bilateral relations between the two countries. Speaking on this, the Minister highlighted India’s vital contribution to building human resources in the Maldives.

Reflecting on the Memorandum of Understanding (MoU) signed between the Civil Service Commission of the Maldives and the NCGG, the Minister expressed his gratitude to the Government of India for facilitating numerous capacity-building programmes. He noted that the programmes will help improve the capability and productivity of civil servants throughout all government institutions of the Maldives.

The meeting concluded with the Minister expressing hope of strengthening people-to-people connections between the Maldives and India. He added that he hopes capacity-building programmes will increase over time, further consolidating ties between the countries.

The Director General of NCGG was on an official visit to the Maldives from the 18th of November to the 22nd of November 2022. He was hosted by the President of the Civil Service Commission of the Maldives.