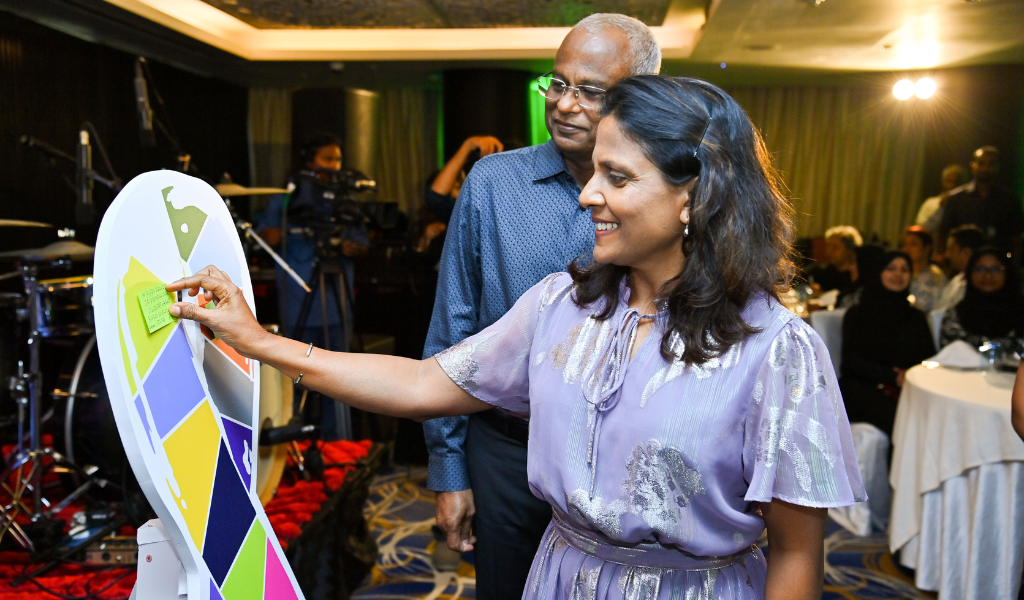 During the dinner, six recipients were presented with awards, acknowledging their exceptional contribution to the Cancer Society. The President handed over the accolades to three individuals whilst the First Lady handed over the awards to three companies who have greatly contributed to the society. At the dinner, the President and First Lady also inaugurated an awareness campaign and took part in the ‘Let’s Get Active’ movement as well.