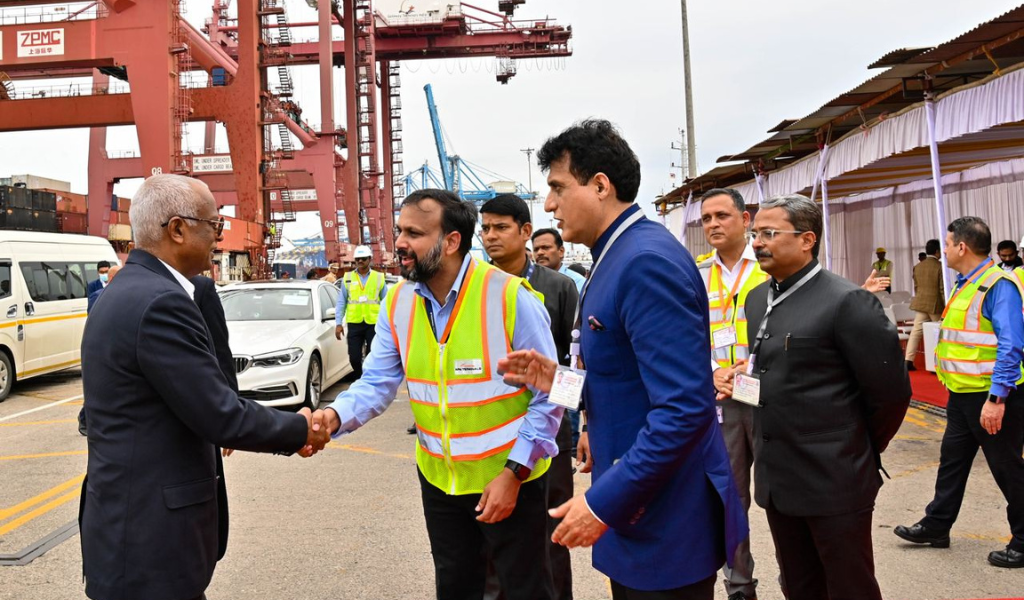 On Thursday morning, President Solih visited the Jawaharlal Nehru Port Trust in Mumbai as part of his official 4-day visit to India.

The President remarked that the purpose of his visit is to gain useful insights about how cargo handling operations are conducted at one of the most efficient ports in the world. The valuable information gained will be vital, as Maldives is currently in the process of relocating the main port in Male’ due to congestion.

The Jawaharlal Nehur Port Trust accounts for roughly half of the total containerized cargo volume in key ports of India. Located in Navi, Mumbai, it is also the premier container handling port in the country with three decades of experience in port operations. Through its years of service, it has transformed from a bulk-cargo terminal and is now ranked among the top 100 international container ports with connections to over 200 ports worldwide.

President Solih was on a 4-day official visit to India by the invitation of Prime Minister of India, His Excellency Narendra Modi. Many high-ranking government officials and business executive also participated in his visit.