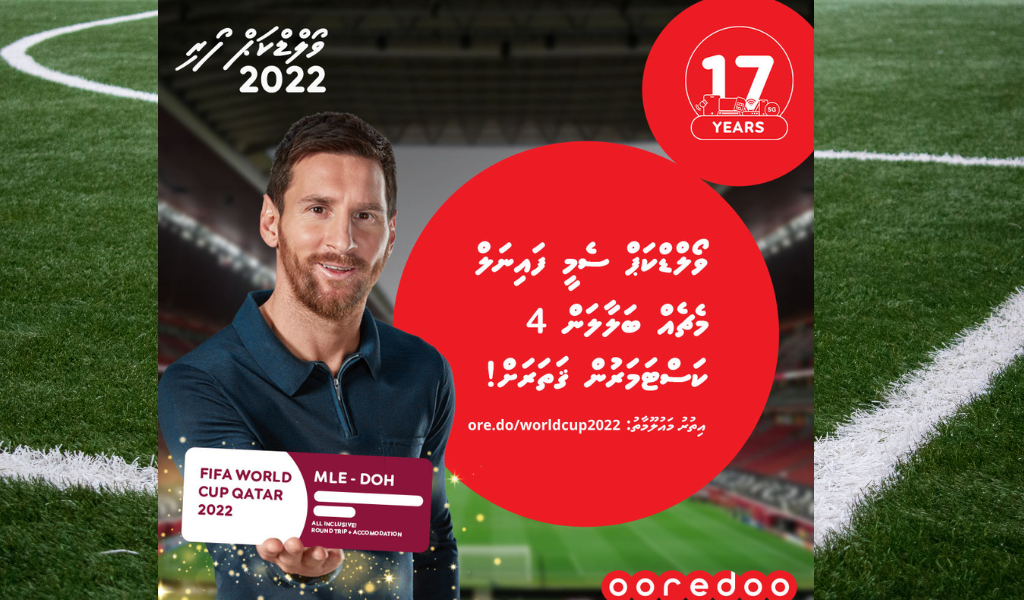 With less than 100 days to go to the most awaited football tournament of the year, Ooredoo has set the wheels into motion with their World Cup Foari Lucky Draw campaign. Heighten your World Cup spirit with the exciting offers of the Lucky Draw, as four fortunate winners will have a once-in-a-lifetime opportunity to attend the Semi Final match of the World Cup Qatar 2022!

This campaign was launched at the football event held on Tuesday, as part of the anniversary celebrations that Ooredoo is conducting to mark its 17 years of service in Maldives.

The campaign will run for 3 months starting from 2nd August and will extend till the end of October 31st. The lucky draw excludes none from their loyal customers, and is even open to newcomers who would be joining the network during the promotion period. The esteemed four winners of the lucky draw will be announced on 10th November 2022.

Apart from the lucky draw, Ooredoo is also alluring customers to the campaign with the prospect of winning World Cup merchandise that would be announced weekly throughout the campaign duration.

Ooredoo customers using various services will be eligible to participate in the lucky draw and will be automatically included in the draw. This constitutes all subscribers of Supernet, Postpaid and Prepaid as well as customers upgrading or subscribing to new plans. Moreover, customers utilizing M-Faisa, Ooredoo bill payments and even splurging through Moolee will be qualified to be part of the draw and stands the chance to win amazing prizes!