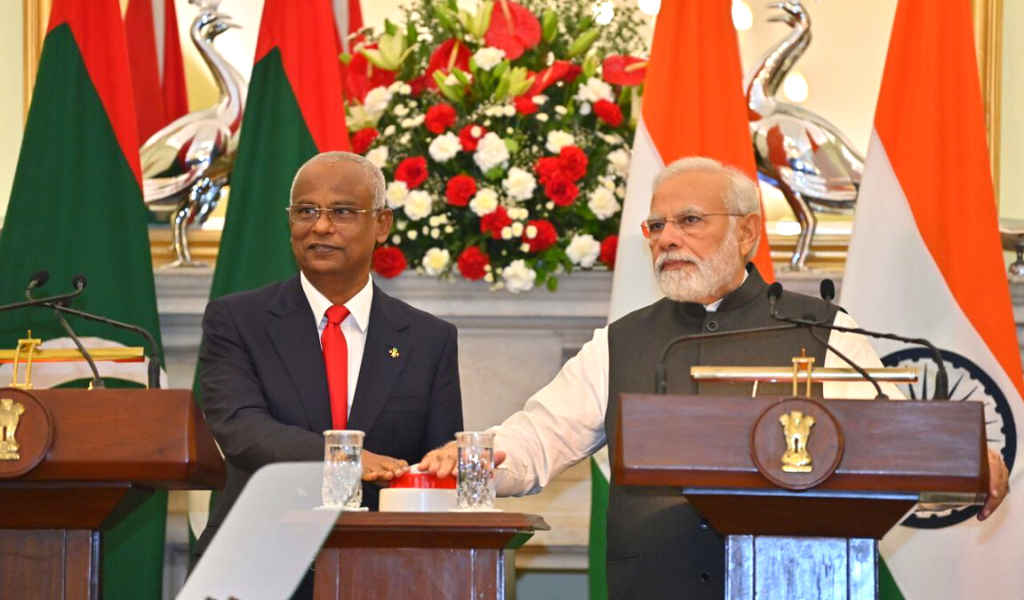 On Tuesday, “Pouring of First Cement” of the Greater Male’ Connectivity Project (GMCP) was virtually initiated by His Excellency President Ibrahim Mohamed Solih and Prime Minister of India, His Excellency Narendra Modi. The ceremony took place in Maldives and was streamed live at the project launch and review ceremony held in Hyderabad House, New Delhi.

The GMCP is a wide network transportation project that includes the construction of a bridge connecting key islands in the Greater Male’ region. The included islands are Male’, Villimale’, Thilafushi and Gulhifalhu.

In addition to this, the project constitutes the establishment of navigation bridges, viaducts and on-grade roads as part of the GMCP. The project is financed by a USD 400 million line of credit from India Exim bank and a supplementary generous grant of USD 100 million from the government of India. Afcons Infrastructure Limited, an Indian based company was presented with the handling of the project.

During the launching ceremony, a video was presented that emphasized on the review of the Maldives-India Development Corporation. The video also featured the 4000 housing units that are being built by the government of India in the Maldives.

India has been a central contributor to the infrastructure of the Maldives with several major projects finished as a result of the collaboration between the two countries. The friendship between the two nations have strengthened in the past few years, evident from multiple vital developmental projects currently in progress with the financial aid of India.

President Solih is on an official four-day visit to India upon the invitation of the Prime Minister, His Excellency Narendra Modi. A senior delegation of government officials also took part in this visit with multiple official dialogues and talks being exchanged between the two neighbouring countries.