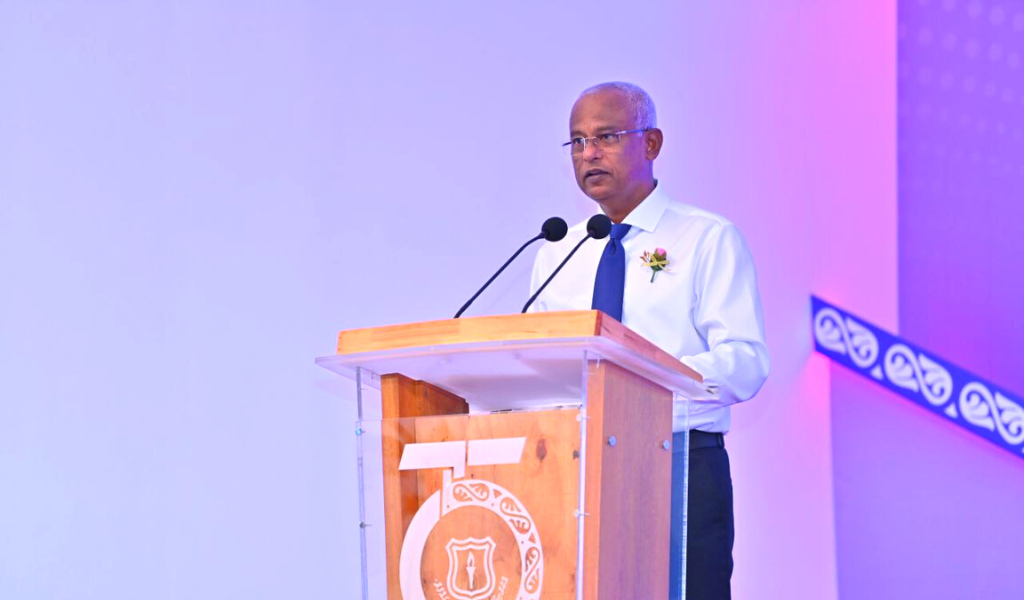 President Solih Congratulates Meyna School on Their Accomplishments and Services

President Ibrahim Mohamed Solih praised the achievements of Meyna School on Holhudhoo Island in the South Miladhunmadulu Atoll on Saturday, June 18th, highlighting the school for producing a huge number of industrious citizens over its 75-year history. President, speaking at Meyna School's diamond jubilee celebration ceremony, praised the school for its significant contributions to the country's educational system.

Meyna School is the country's fourth diamond jubilee-celebrating educational institution. It is a source of pride for the northern area, according to the President, who spoke about the region's national achievements in secondary and higher secondary tests.