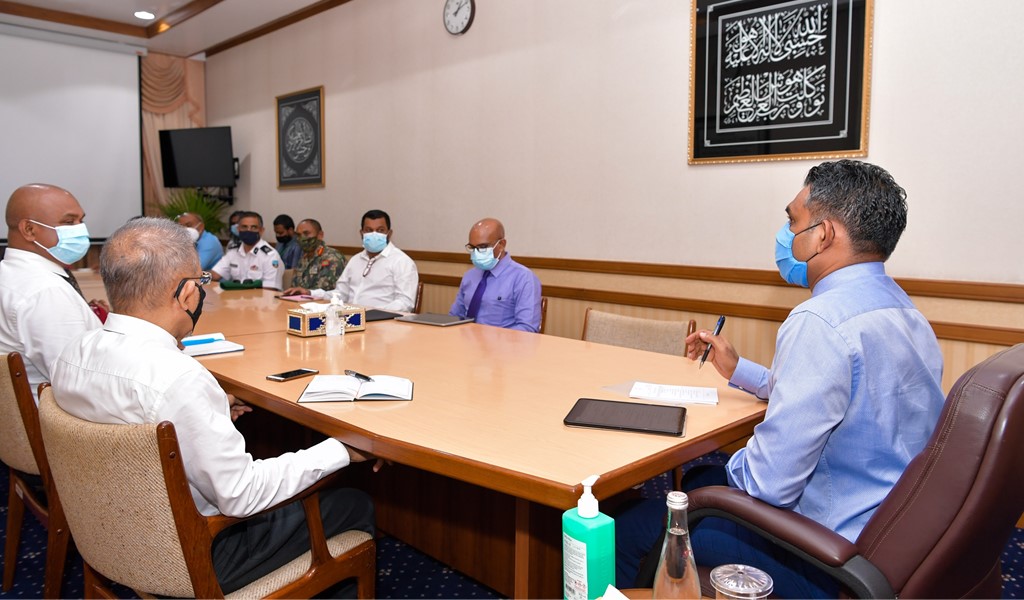 A discussion, initiated by the Vice President of Maldives, Mr. Faisal Naseem, was held at the President’s Office on the afternoon of 21st September 2020 with stakeholders regarding strengthening drug rehabilitation programs in Maldives.

The Vice President raised growing concerns over the limited facilities and programs established locally for the provision of drug rehabilitation and detoxification for addicts. To face the issue with head-on, the Vice President has appealed to National Drug Agency (NDA) and other stakeholder institutions to collaborate on expanding and increasing the quality of drug rehabilitation facilities and programs currently existing in the country.

Participants of the discussion also addressed challenges facing regarding preventing drug trafficking into the country and how to effectively utilize the budget and resources provided for the Agency to overcome challenges they face in carrying out their work.

Apart from this, the president highlighted the immense work done by NDA in carrying out the current administration’s mandate to rehabilitate young Maldivians battling their addiction to narcotics and extended well-deserved gratitude on behalf of the Government.