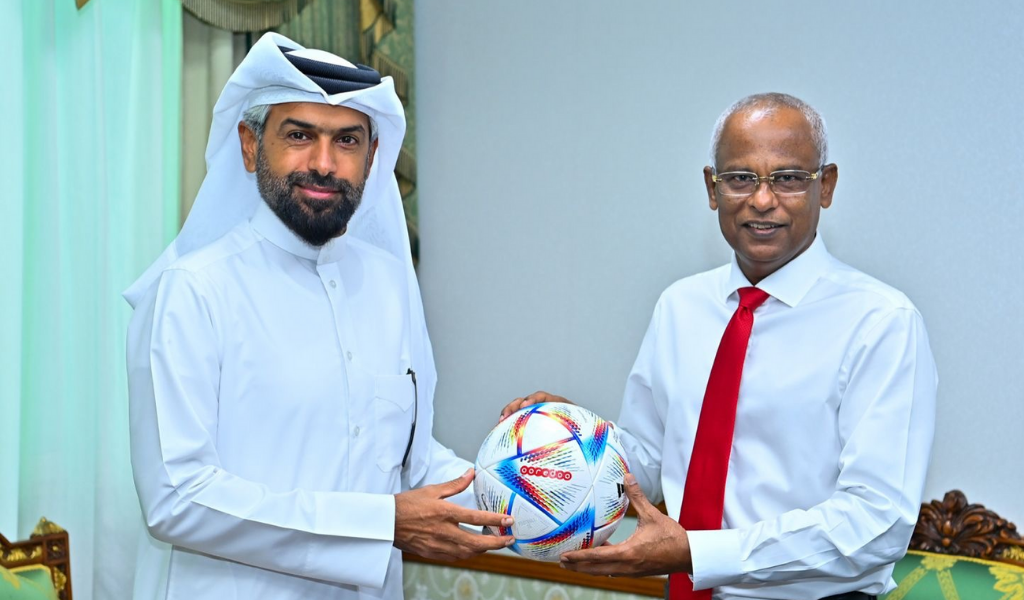 A special ceremony took place at the President’s Office on Thursday, May 12th where President Ibrahim Mohamed Solih was presented the official World Cup 2022 ball, ‘Al Rihla’ as a symbol of Ooredoo’s commitment to provide exceptional experiences for Maldivian football fans ahead of the upcoming World Cup 2022, to be held in Qatar.

Providing the honorary ball was the Managing Director & Chief Executive Officer of Ooredoo Maldives, Khalid Al-Hamadi. The official ball for the 2022 World Cup, 'Al Rihla,' was unveiled earlier this year and is believed to be the fastest ball "in flight" in the competition's history.

The ball was offered as a symbol of Ooredoo's commitment to provide exceptional experiences for Maldivian football fans during the approaching holiday season of the World Cup 2022, which will be held in Qatar. Furthermore, President Solih was invited to join the biggest sporting event for the celebrations.