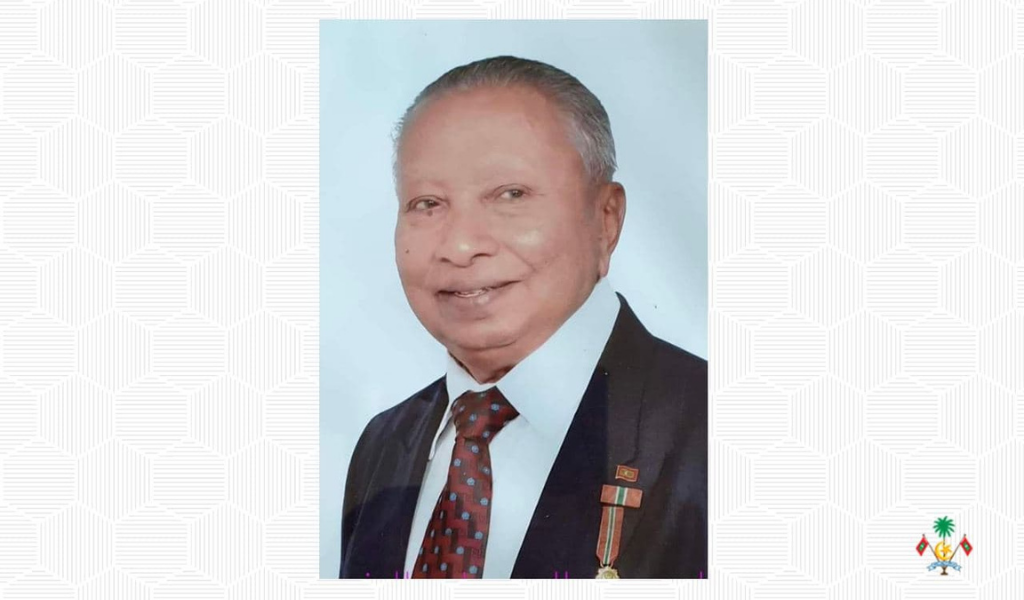 Let us take a moment, to celebrate this great man who had served our country for 49 years, in various sectors of the government, he truly dedicated his services for the growth of the nation that we see today.

Late Umar Zahir lived an eventful life, completing various positions in different areas of the government, teaching many throughout his career, an inspiration to many generations.

The State Dignitary passed away on Monday, December 20th at the age of 85 years old in Dharumavantha Hospital while being treated for COVID19. The global pandemic has taken many lives during the couple of years that it has been active, and yesterday it took away a very important one.

President Ibrahim Mohamed Solih declared the National Flag to be flown at half-mast for three days in mourning from December 21st to 23rd, following his passing.

The Late Umar Zahir served the nation in various capacities for over 49 years, among the senior positions in the Prime Minister's Office, the President's Office, the Ministry of Home Affairs, Malé Municipality, and Majeediyya School.