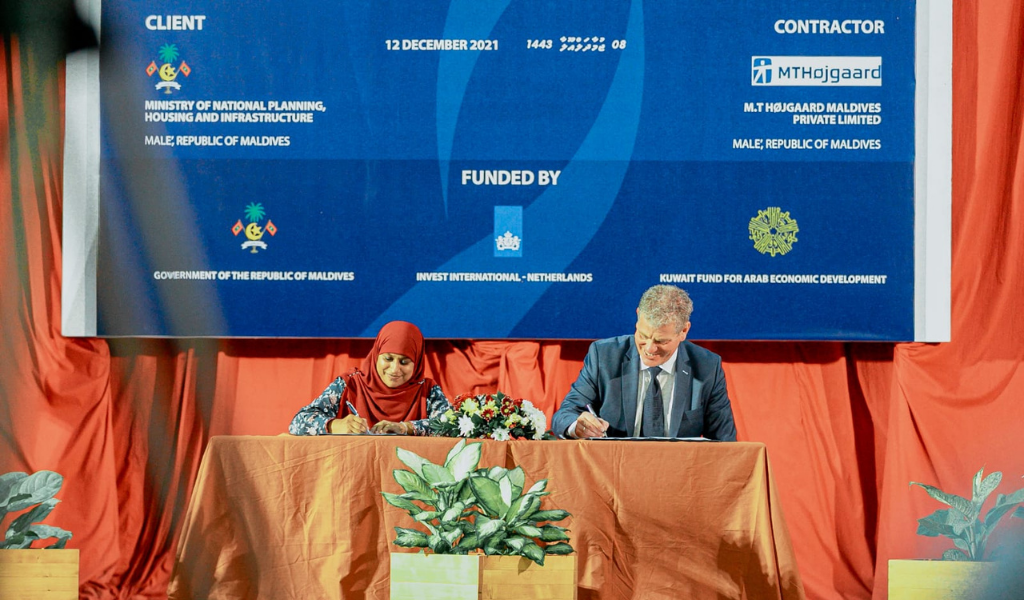 Coastal Protection Of Gn.Fuvahmulah Has Been Inaugurated

Ministry of National Planning, Housing & Infrastructure has contracted a well-known Denmark company, MT Højgaard, for the Coastal Protection Project of Gn.Fuvahmulah. The signing ceremony took place on December 12th, in which high officials were present including the Vice President, Faisal Naseem.

The MVR 300 million project encompasses the construction of 2,650 metres of coastline protection walls from the north of Fuvahmulah harbour to the east of the island and is to be completed within 606 days. The project is funded by the Netherlands Grant, Kuwait Fund For Arab Economic Development Loan as well as the government’s budget.