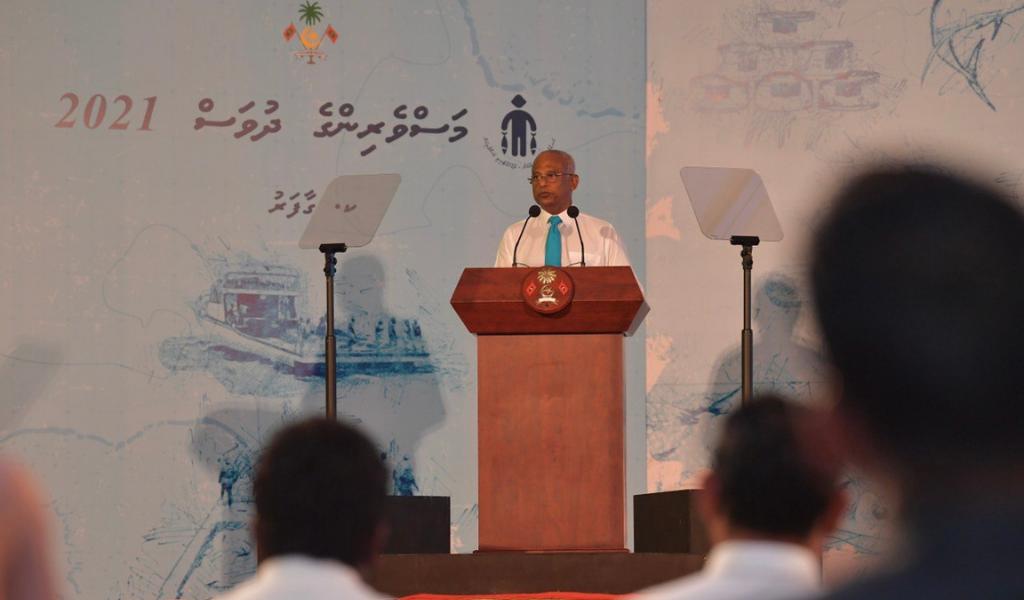 President Promises For Positive Change In Fisheries Industry In Maldives

President Ibrahim Mohamed Solih stated on December 9th evening, that fishermen will reap the advantages of the government's efforts to boost the industry early next year, including favorable price revisions. He made the remarks while speaking at an official gathering commemorating the 41st National Fishermen's Day in Gaafaru Island, Kaafu Atoll.

While economic activity was hindered by lock-downs caused by the Covid-19 pandemic, the President stated that the fishing industry was one that remained unaffected. President Solih outlined some of the good reforms the administration has pioneered for fishermen, reaffirming the government's commitment to establishing a sustainable fishing industry.