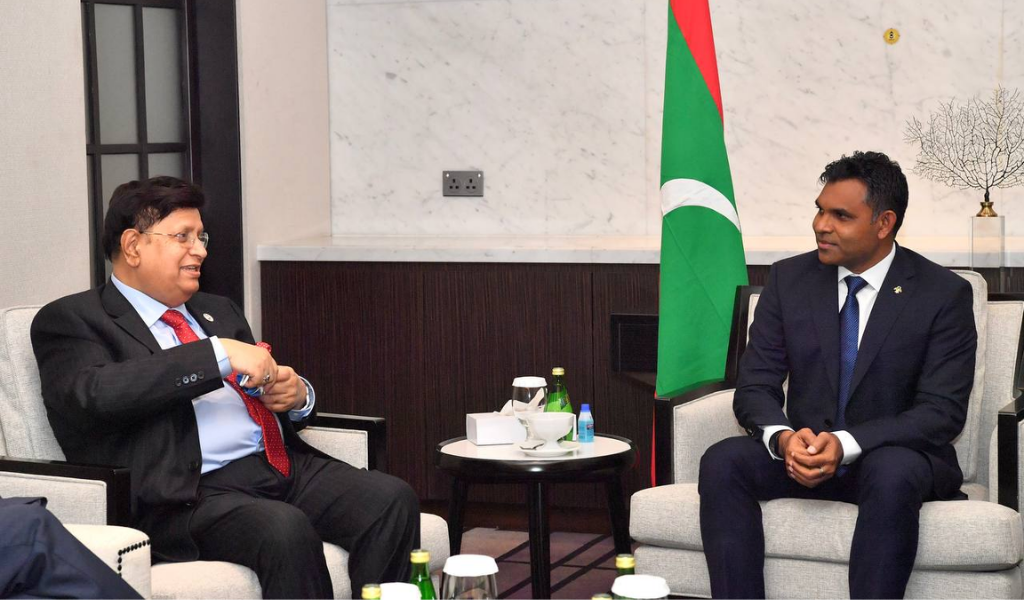 VP Faisal Calls Upon Minister Of Foreign Affairs, Bangladesh, During His Visit

He also thanked the Minister for the Bangladeshi government's support for the Maldives candidature for the Presidency of the 76th Session of the United Nations General Assembly.

Furthermore, VP Faisal and the Minister further discussed strengthening the people-to-people and government-to-government connections between the two nations. They also discussed establishing cooperation agreements in a variety of fields, such as maritime cooperation, shipping, and technical training.